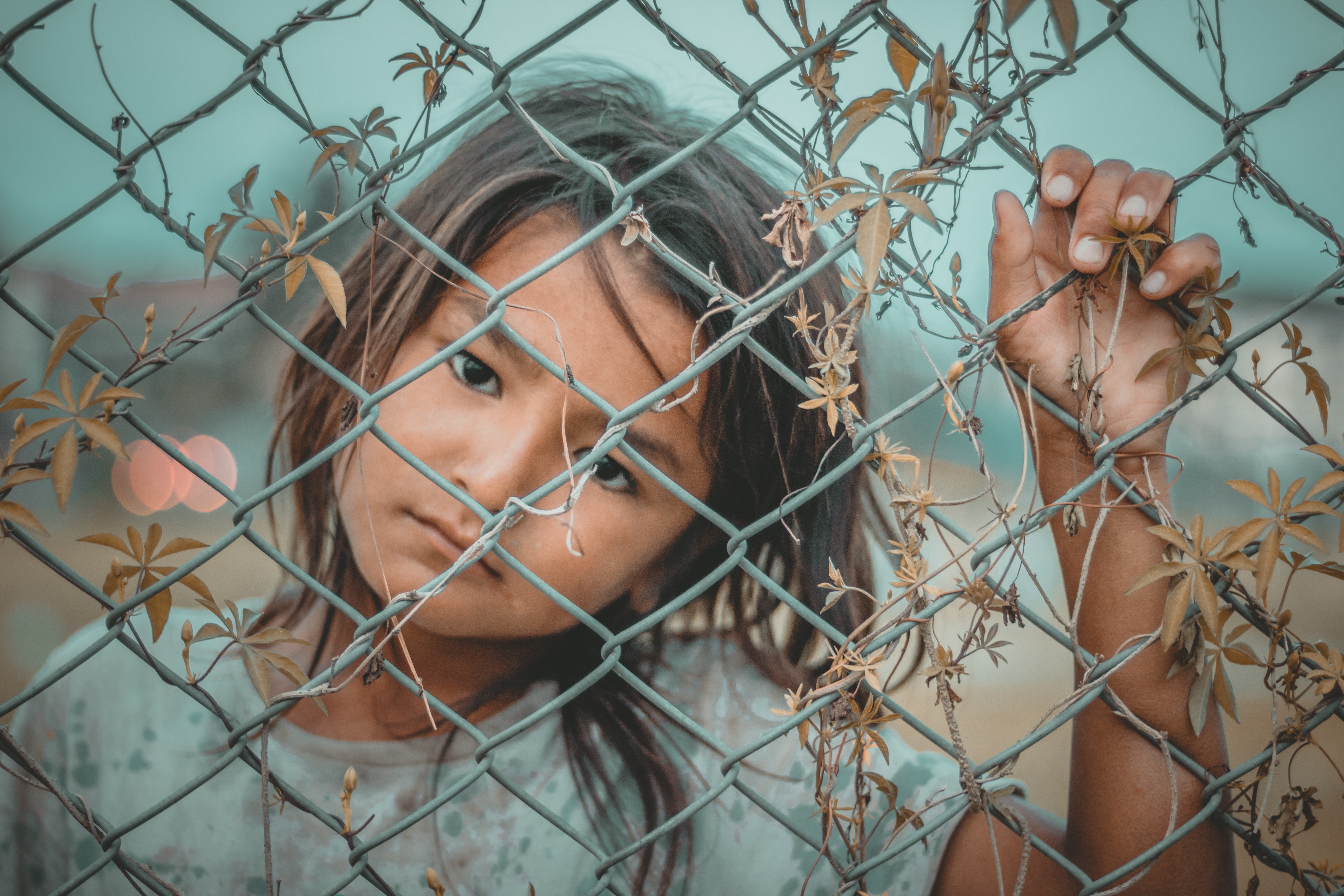 Whoever we are, wherever we may be, there are limits to our existence.

At least on the outside. The interior life is wide open. Yet, many of us even make that a prison.

I recently read that matter is an inconceivably large number of photons squeezed into one place. Light - radiant, expansive, traveling at 186,000 miles per second - all squeezed into one chunk of matter. Talk about limits!

Every tiny angstrom of matter is stuck in its condition. The more complex that stuff becomes, the vaster the creative expression that pool of photons achieve, until way up here on the human edge of the cosmic food chain, the opportunities are endless in all directions. A photon might turn into anything.

I'm not talking about entitlement or privilege here. At this level, the polity of who gets what slice of the pie are irrelevant. Let's lift the conversation higher and dive deeper into the root of our being. At this deep level, the possibilities explode in endless dimensions.

At the metaphorical root of our presence, when God and Adam sat in the Garden of Eden, God asked Adam, "What do you call that, Adam?" And Adam named it. God never named a thing but Adam just kept on going.

Consequentially, humans like to taxonimize things - divide them and define them.

We've become listers. We can define the ten best dressed men, the 25 best cities to retire in, 50 ways to leave your lover, We never stop listing out the standard industrial code of creation.

God never said a thing about what a thing was, what it had to be but thanks, Adam, because, now, we identify ourselves, we place ourselves somewhere in some list, somewhere in some classification as if everything exist along some spectrum of definitions someone made up.

SOMEONE MADE UP ADAM!

We Made Up The Words We Use As Limits

We like to think that these pockets of identification define who we are, define what something else is. Because of that, we want to use those definitions to know how to handle our relationship. Bare in mind, every one of those definitions, those limitations are linguistic fabrications - words formed from sounds that someone made up, out of nothing, like magic!.

Recently I relented and did a phone survey on a political issue. The nervous, young survey taker asked if I was Hispanic. No.. "Are you white?" I said, "that's racial profiling."

Then I explained that in the Bosnian Civil War, when Serb fighters asked your ethnicity on some form, an answer that would determine if you lived or died, people of all ethnicity began to give answers like "chair" or "table leg" or "dog food." Government officials hate those answers. Every human should give them.

Because we are a society of boxers, defining limits for everything we experience. It is an insidious, bureaucratic habit to reduce the wondrous variety of our existence down to a "check the box" solution. The result is that we all live in limitation. We all live inside some conceptual box.

It's bad enough that someone's system puts us there. It's worse that we ourselves put us there.

Our gut level ignorance of who we are - all that light smushed into matter, leaves us languishing in our own, self-imposed identities - our personally defined limitations. By defining ourselves, we lock out the possibility that we could be more, could do more, could live more fully - that we could walk through the open doors of possibility that constantly welcome us.

When the famous Russian political prisoner Andre Solzhenitsyn was released to the west he became an unsettling voice in the American consciousness.

Having survived the wasteland of that gulag state, he could authoritatively claim that the Russian people, having lived under such brutalizing limits and deprivation for so long had achieved a spiritual depth of experience, incomprehensible to the west. Because they could not express themselves in any outward way, they developed a spectacularly expressive inner life.

He could not find that in America. We had no need. We thought ourselves so free.

Where Is Your Heart?

Many years ago, I was sharing a beer with Taoist Master Donn Tzu, who, observing  my whining over my current limitations declared "We are our own prosecutors, judge and jailers,."

I knew exactly what he meant and then, continued on for years, keeping the door of my cell locked so I would not escape.

Sufi Master Avital, finding me in the same, whiny condition, thumped me on my chest as he crossed my threshold, challenging me, "Where is your heart?"

I knew it was locked securely in its cell.

We cannot control the conditions of the world but we can control how we react to the limitations we face. If we create a worldview that re-frames the limitations into new, more ideal  relationships, critical transformations may ensue.

That always begins with us stopping thoughts in our brain. Thoughts are useful but  they're not always right. However, we treat our own thoughts as true because they are our thoughts. Surprisingly, if we challenge the way we interpret the world we can declare new possibilities.

You Don't Know That

One of the most potent discoveries of my life was learning to simply tell my brain, "YOU DON'T KNOW THAT!"

In the midst of its endless, fearful prattled, it stopped cold.

No one had ever talked back to it before.

After it adjusted to its shock, it had to actually consider the possibility that maybe it did not know that, that maybe there was something else, some other answer, that there were alternatives..

I was dumbstruck by my good luck. All of the fears I had struggled with for years could now be brought to their knees by simply telling my brain "You don't now that.".

I began to do this repeatedly. The greater my fear, the more powerful was the effect. The only thing required was that I was consistent in challenging my own belief, my own fears and holding my own to defend raw, open possibility in the face of its erstwhile arguments - how it defined my limits.

I found It helps if you give your brain an option.

Once the brain is given an option, it's forced to decide between two things. That's a big deal to the brain.

If you lean into the new option, in time, the brain will eventually surrender and begin to support it.

I was amazed at the difference in my life in less than two weeks. Imposing my new worldview that my brain doesn't have all the answers, over time, it began to approach a state of openness, spaciousness, possibility. My limitations met fresh possibility. Now, that is my stable point of view.

I've known folks who spend hard time in prison. Those are real limitations. You don't want to go there, yet, if you were there, what would you do?

How would you take those limitations and not just survive them but utilize them to become something more? The folks I speak of did. One became an excellent meditator. One came out as a powerful and effective social advocate.

Back before God and Adam were hanging out in the garden, back when all of those photons got smushed into matter, they made a contract, a limited relationship to become that thing. This contract is fluid. At all times, its in motion. The only authentic limit to this contract is change.

Change is always present within our limitations and where there's change, there's choice.

You Can Change Limitations

Limitations will change you. You can change them. Be party to this deal.

You may or may not be able to change the shape of the world you occupy but you can always change your response to it.

That is a basic term in your existential contract. No one can take it from you. You are the agent of change. That begins at the very root of your being and flows from there out into the world.

From the beginning, creator, you are a galaxy of smushed photons crammed into your identity, trying to whizz about at 186,000 miles per second within the limits of your current conditions. That makes you very big in a very small space.

What are you going to do with your whizzy photons? Because, you will do something. Its what you do!

What will your limitations give birth to?

Deciding on that is half of your mission. Carrying that out is the balance.

Work it out, creator. You've got a wh0le lot of light on your hands that's looking to move on. Its intrinsic energy waiting to be grounded in your decisions and actions.

What are you going to do with all of those brilliant bits of light?.